After several months of limbo, and a few plant casualties, my garden has found a permanent home. There was some time away from internet access (I don’t regret it because honestly, it’s nice to unplug once in a while), some time away from gardening (relatively speaking), and some time worrying about living arrangements that caught up to me. What it means for you, the reader, is that what you thought was my last post was actually far from it!

The garden has moved to a slightly milder USDA zone 8b/9a. This means that I will be doing my best to kill all sorts of subtropical plants in near AND forseeable future. Winter temperatures will be around 4 degrees warmer than my last location. The greenhouse location has been scouted. This is happening!

Sitting here enjoying a good old fashioned Workhorse IPA and plotting my next gardening move, I figured it was time to update the world on what is left in my not so homeless garden. A few plants have yet to make it home from their caretakers, and have been sorely missed. Curculigo capitulata has actually done very well during my time away, growing much more than it ever did in my direct care. The kaffir lime has put out a ton of growth, but at the same time attracted some scale insects. Magnolia macrophylla is still hibernating in a cold garage somewhere in the wasteland of the Pacific Northwest. Opuntia fragilis is enjoying the cool weather alongside the magnolia.

Euphorbia milii has started to look like what it’s supposed to be. 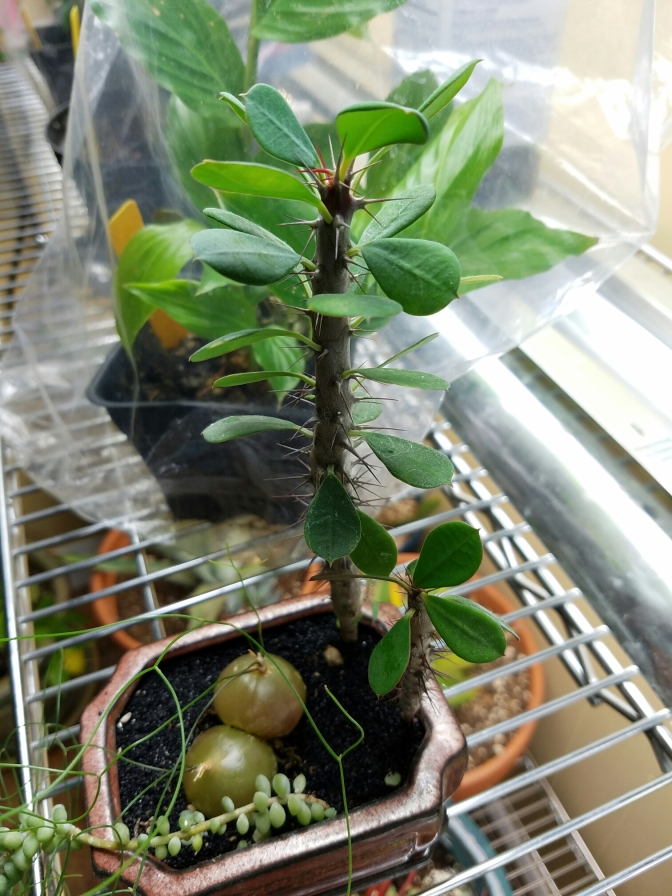 The Argentinian saguaros (Trichocereus terschekii) that I started from seed in February 2014 have finally started to grow. By that I mean they have tripled in size, at least, since a year ago. 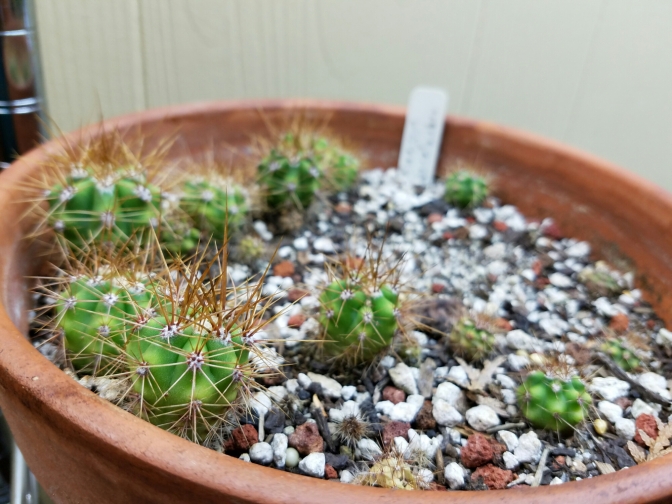 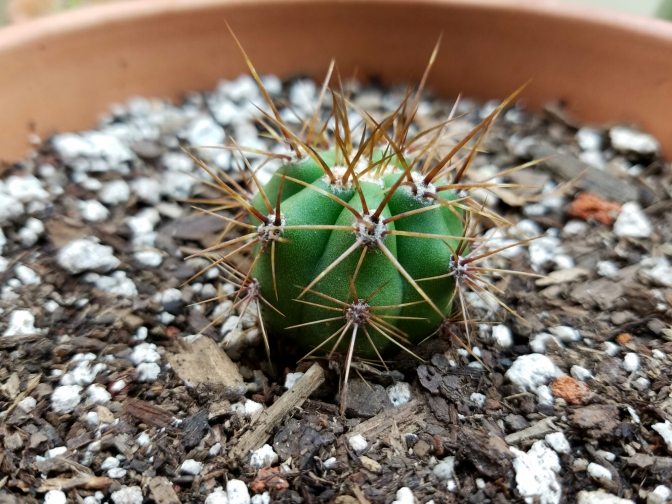 The San Pedro cacti (Echinopsis pachanoi) have put on a few inches as well. If you look at the one on the right, you’ll see that it has actually started to squeeze off a few youngins. Four of them, to be exact. 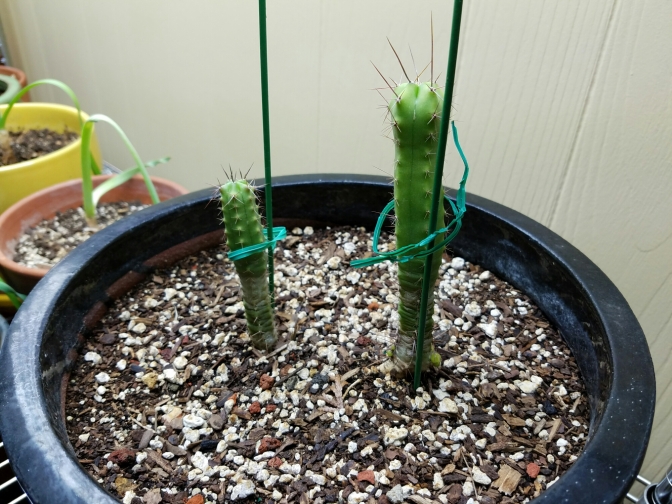 For some reason, the Sharkskin agave has started to turn yellow and act like it has a bad attitude. I’m not sure why, but I suspect that it had something to do with sitting in a cold and dark garage for too long. 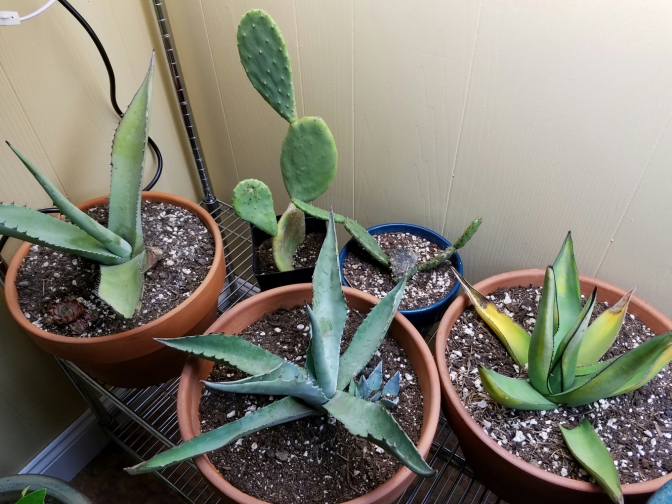 A new addition to the garden is this staghorn fern. 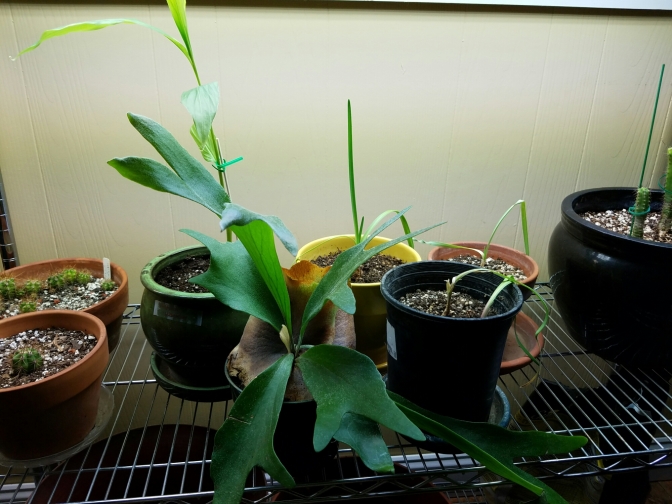 It didn’t have a name on the shelf at the store, other than “6 inch fern”, so I will have to do some research to figure out which staghorn fern this happens to be.

You may have noticed a few gingers and medinillas in the background of some of the photos, but I’m going to put off officially adding them to the garden roster. We’ll see if they make it long enough to be part of the Big Leaves garden. I sure hope I can keep them happy… they are really cool!